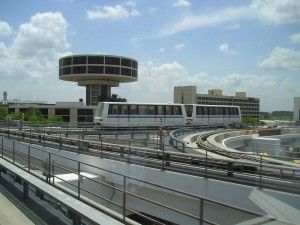 Sunland was a part of the Leigh Fisher team providing on-call planning services to Houston Airport System (HAS). One of the task assignments was the development of alternatives for a new international terminal at George Bush Intercontinental Airport Houston (IAH). One of these alternatives was the development of a new Greenfield site east of the existing terminal complex known as the East Terminal Concept. The concept was seen as favorable enough that HAS requested a Project Definition Manual (PDM) be developed for the project to potentially move it to further development. Sunland was tasked to lead the PDM development effort. The site and infrastructure analysis that was completed as part of the planning process was coupled with a space program and preferred airfield options to establish a basic scope for the ETC. Sunland developed the conceptual terminal planning documents including site plans, landside development, airfield development, and conceptual terminal space plans. In addition, Sunland prepared the final PDM documentation with Leigh Fisher for presentation to HAS.